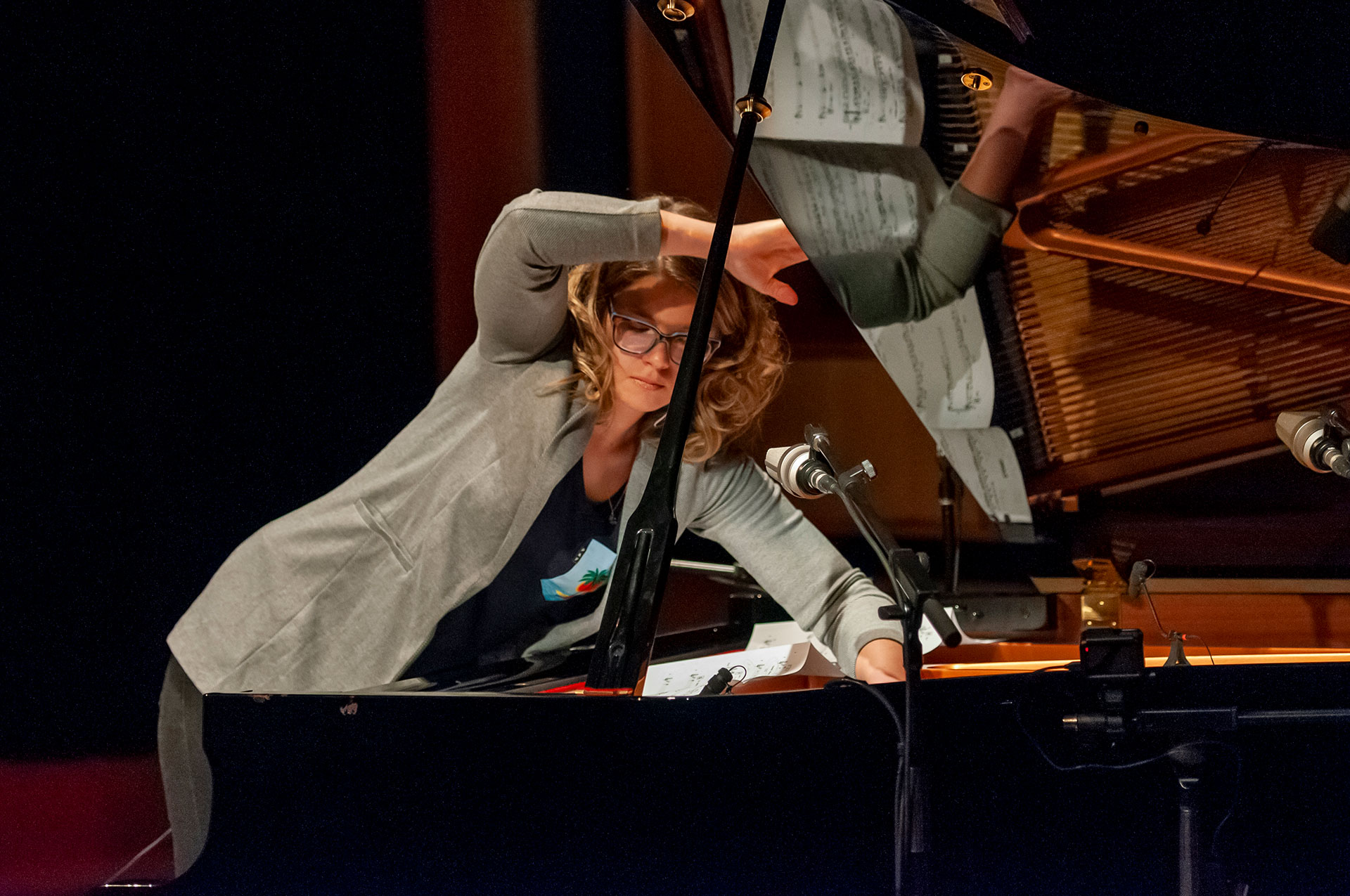 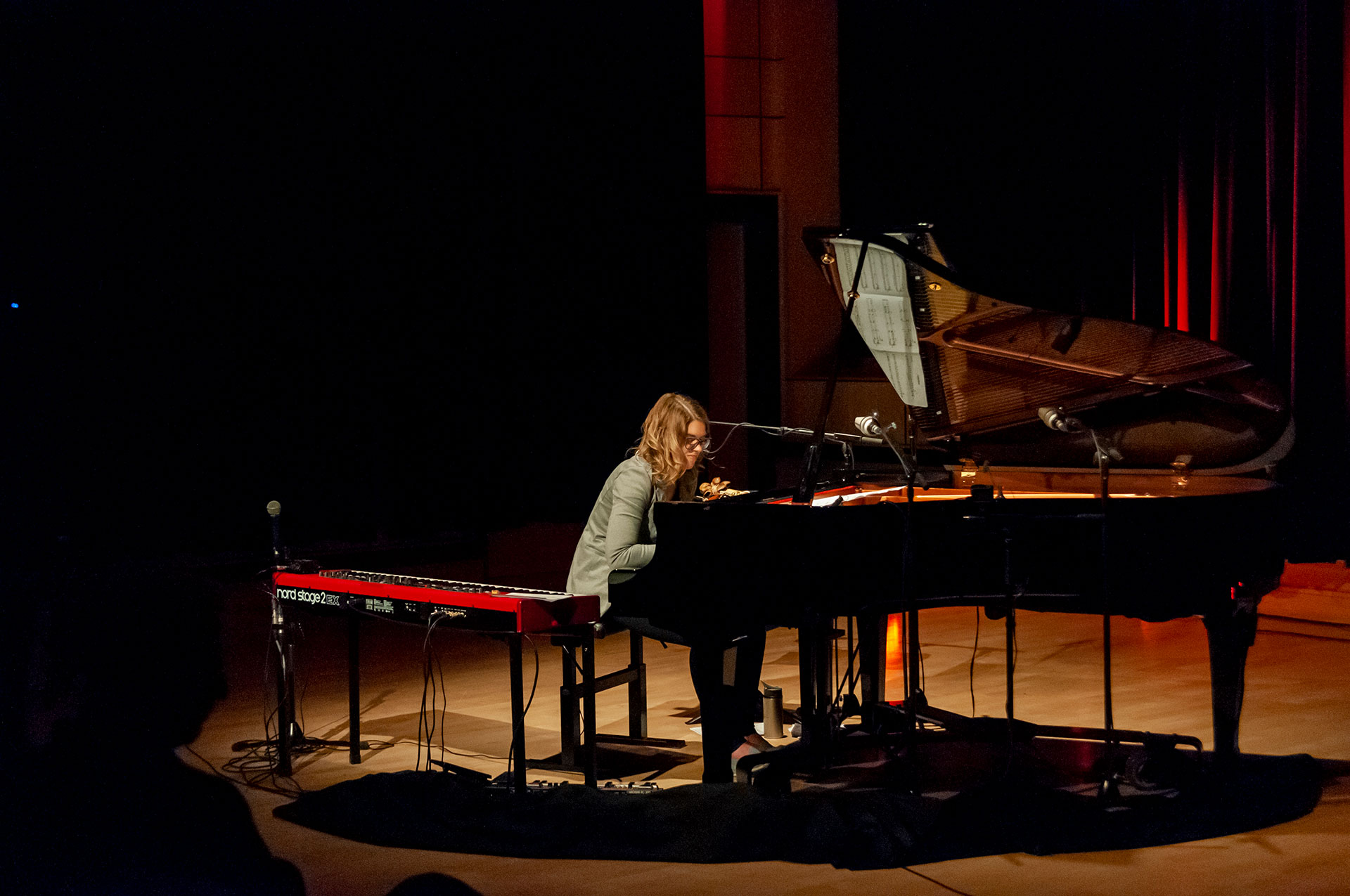 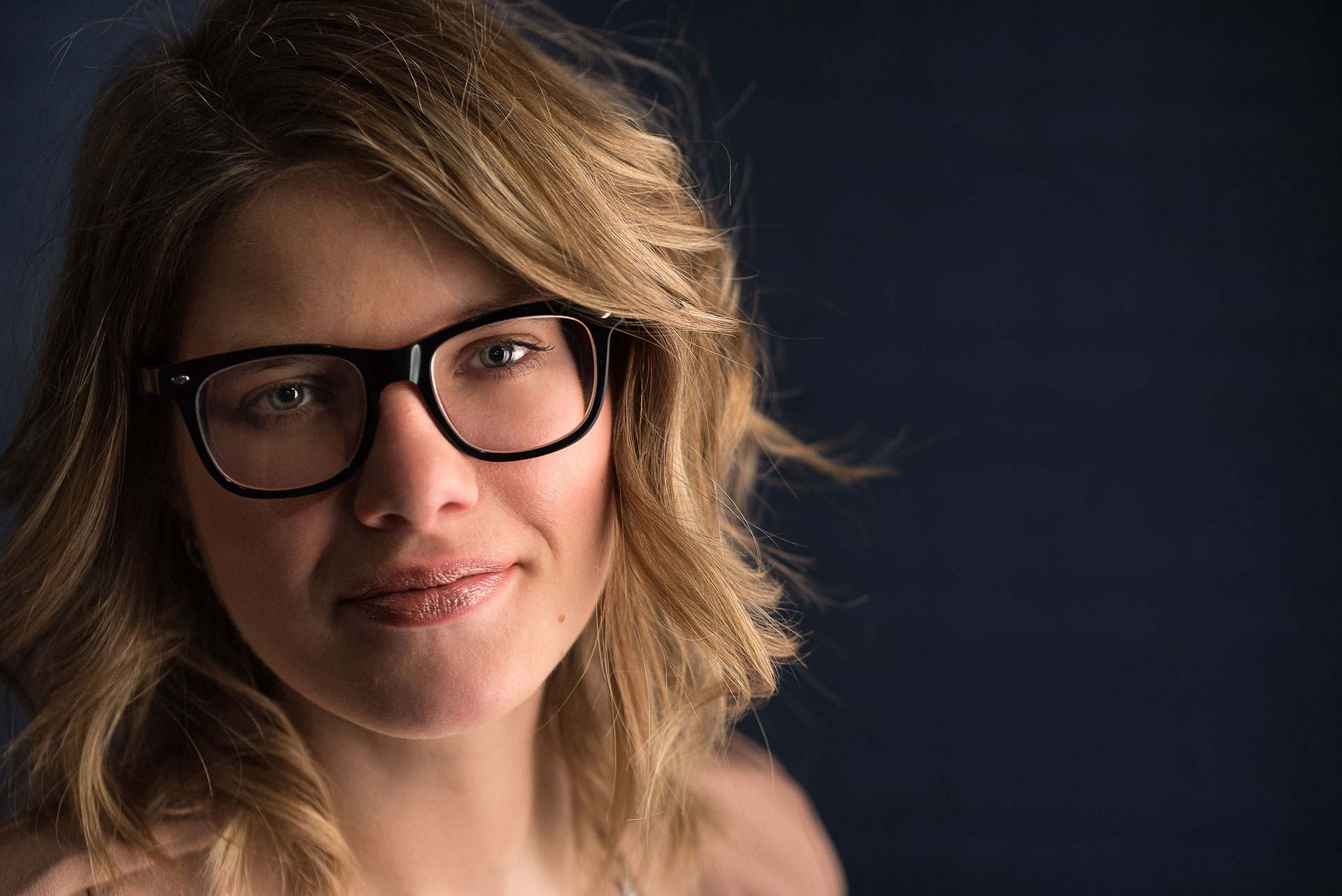 After producing five trio albums since 2010, Emie Rioux-Roussel is coming up with a brand-new project, but solo this time. Presenting original compositions and revisiting favorite pieces, Seule ensemble was born from the desire to further explore the sonic potential of the piano, which goes far beyond the notes played. Acoustic and electric sounds coexist here to render a wide variety of textures, effects, rhythms and sound images. Alone, at the center of this captivating musical spectrum.

Originally from the south shore of Montreal (Quebec, Canada), and an adopted resident of Rimouski, Emie Rioux-Roussel discovered the fascinating world of music through her parents, themselves musicians and singers. She began studying classical piano at the age of 5 and continued lessons until she was 13. After a complete two-year break, she decided to follow her instincts and her love of improvisation to begin studying jazz with her father, jazz pianist Martin Roussel. He would be her mentor until she started college studies at Cégep de St-Laurent under the guidance of Lorraine Desmarais. She completed her diploma in jazz piano performance and was awarded the college’s “Very High Distinction” grant. In 2008, Emie made her entrance at Université de Montréal in jazz piano performance with Luc Beaugrand, and completed her bachelor’s degree in May 2011. Since then, she has been a teacher and accompanist for the Jazz-Pop program at Rimouski College, Quebec. In spring 2014, she was named Révélation Radio-Canada Jazz 2014-2015. In June 2015, she won the CALQ Award – Creator of the Year – in the Bas-St-Laurent region. Since 2016, she is a Canadian Nord Artist (Keyboards).

Emie has been fortunate to share the stage with several renowned Canadian musicians over the years. Among them, she had the occasion to play with saxophonist Yannick Rieu and singer Elizabeth Shepherd during a show at the 35th Montreal Jazz Fest, recorded by Radio-Canada and broadcast on Ici Musique radio. In June 2014, she has been guest pianist for an episode of the TV show Pénélope Mcquade on Radio-Canada.

In 2010 Emie founded the Emie R Roussel Trio, with whom she recorded her first album that same year, entitled Temps Inégal. Winner of the Stingray Rising Stars Award at the 2018 TD Halifax Jazz festival, of the l’ADISQ’s 2015 Félix for jazz album of the year for their 3rd album Quantum, and the 2013-14 Prix Opus for jazz album of the year for their preceding release, Transit, the Emie R Roussel Trio has experienced a dizzying ascent since 2010, and is now a power to be reckoned with on the Canadian jazz scene. With the Trio, she had the privilege to tour in eleven countries across four continents. The trio’s fourth album, Intersections, was released in September 2017 and was nominated for the l’ADISQ’s 2018 Felix of the Album of the Year – Jazz and at the 2019 Prix Opus. The Intersections concert also received a nomination at 2019 Prix Opus in the Concert of the Year – Jazz category. In April 2019, the Emie R Roussel Trio had the honor of being one of eight groups outside Europe selected to present an official showcase during the “Overseas Night”, an event held during the 2019 prestigious festival JAZZAHEAD! in Bremen, Germany. In February 2020, ten years after its creation, the Trio launched its 5th album, Rythme de passage, while on their 5th European tour, during which the group namely performed for the first time in Sweden, as part of the Stockholm Women’s International Jazz Festival. 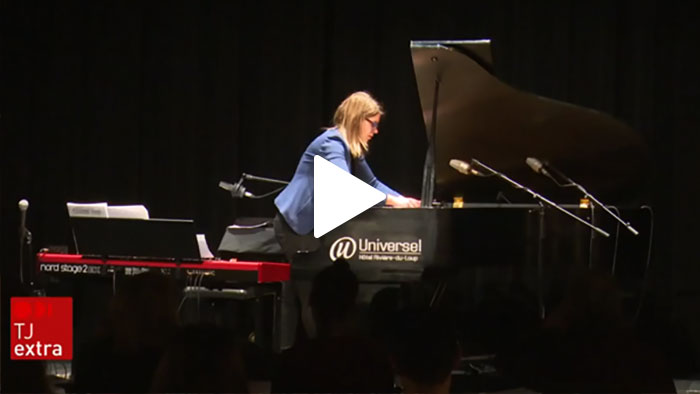